For the Seals
by Juan Manuel Sánchez 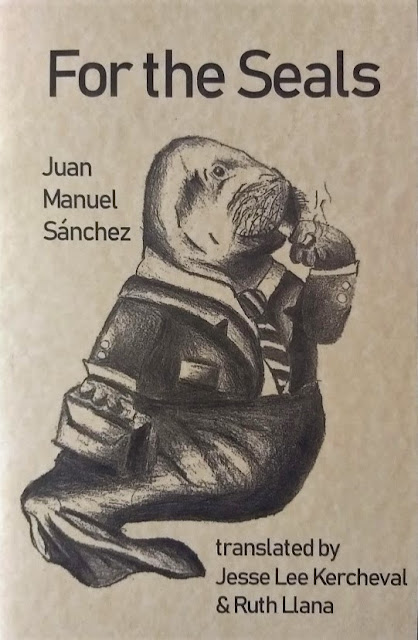 You can purchase a copy of For the Seals here.

Juan Manuel Sánchez was born in Montevideo, Uruguay in 1983. In 2010, his book Para las Focas / For the Seals won the first prize in poetry from the Casa de los Escritores del Uruguay. He currently works at the Museo Figari, and also as a teacher and a book reviewer for the newspaper La Diaria.

Jesse Lee Kercheval’s recent translations include The Invisible Bridge: Selected Poems of Circe Maia and Fable of an Inconsolable Man by Javier Etchevarren. She has authored fourteen books of poetry and prose including The Alice Stories, winner of the Prairie Schooner Fiction Book Prize, and the memoir Space, winner of the Alex Award from the American Library Association.

Ruth Llana is a Spanish poet, author of four published collections including Tiembla, which won the Federico García Lorca Poetry Prize, and Umbral. She is also the Spanish language translator of the American poet Mei-Mei Berssenbrugge whose work Me encantan los artistas  will be published in 2019 by Kriller 71 Ediciones.