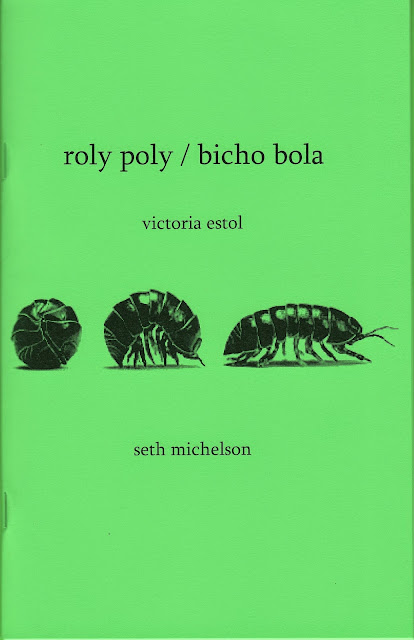 translated from the Spanish by Seth Michelson

Victoria Estol was born in Montevideo, Uruguay, in 1983. Her poetry has earned a commendation from National Pablo Neruda Competition for Young Poets, and it is featured in the anthologies Cualquiercosario (2013), co-edited between Uruguay (Yaugurú) and Spain (Libros de la imperdible), and Fixture (2014), co-edited by the Argentine publishers Chuy and Malaletra. Her poetry also has appeared in a diversity of international journals. Bicho Bola (Yaugurú, 2013) is her first full-length book of poetry.

Seth Michelson is the author of Eyes Like Broken Windows (Press 53, 2012), as well as the chapbooks House in a Hurricane (Big Table, 2010), Kaddish for My Unborn Son (Pudding House, 2009), and Maestro of Brutal Splendor (Jeanne Duvall, 2005). His translation of El Ghetto (Sudamericana, 2003), by the internationally acclaimed Argentine poet Tamara Kamenszain, appears as The Ghetto (Point of Contact, 2011). He teaches the poetry of the Americas at Washington and Lee University, and he welcomes contact through his website.